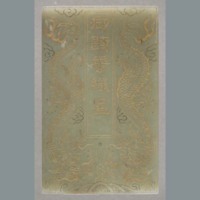 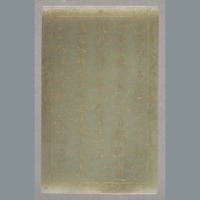 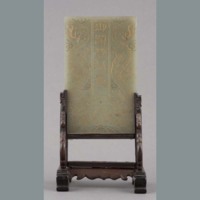 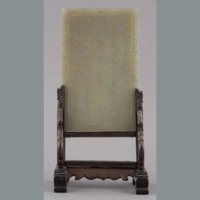 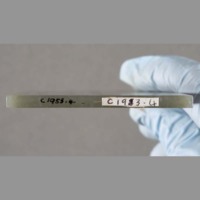 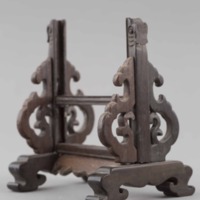 Jade tablet with poem bought by Alley in Shanghai. Given by Alley to Margaret Garland in 1952, to deliver to Canterbury Museum. Garland was in China to attend the Asia-Pacific Peace Conference, held in Beijing.

To order a copy of this image please contact Canterbury Museum on images@canterburymuseum.com.

The information on this page was created from historic documentation and may not reflect the best available knowledge about the item. If you have information or questions about the objects on this website, please contact Canterbury Museum. Images may be subject to copyright laws and are therefore not of reproduction quality.